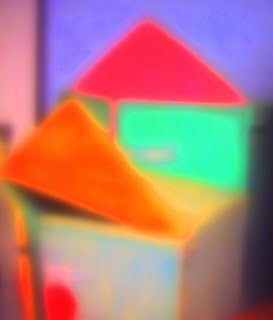 Just a pretty thing for a cloudy foggy day. I love this picture. I don't know what it's a picture of, but that doesn't matter to me.

Let's Feel Up Our Own Boobies - Here's the Technique

Last night I attended a Breast Cancer Awareness event at the Hue Man Bookstore in Harlem, NY thrown by The Lit Leaders Rosalind Mclymont, Linda A. Duggins, Esther Armah and Renee Daniel Flagler. I learned so much and was completely inspired to come home and feel up my boobs on camera just for you. There's a song and everything.

Whoo Hoo! I am willing to completely embarrass myself to save your life. Oh, and for post menopausal women, disregard the period part of the technique.

Cool news! Nearly 4000 people submitted haiku to the McPalin Haiku Hysteria contest held by People For The American Way and The Nation Magazine. And I’m one of the twelve finalists!!! So I’d really appreciate your voting for my haiku here. The three winning haiku will be published in The Nation. Thanks!
By Mad Kane at October 22, 2008 No comments:
Email ThisBlogThis!Share to TwitterShare to FacebookShare to Pinterest

The Ills of Big Pharma? What if there were a cure - right now - to save your life and you couldn't get it?

It's happening to Andrew Barron's dad, who happens to have a researcher on his case who has discovered something important.

It appears the Drug Company with the potential cure is trying to block its use.

In what can only be defined as a miracle in timing, a few days ago, one of his doctors who has been studying his tumor cells in the lab for years found an antibody with an exact match: Tysabri which is manufactured by your company, Biogen Idec. In the test tube, it attached to the antigens on the surface of the tumor 100%.

Though the drug has never been used before in this way, and because time is running out, the head of the FDA, Dr. Andrew von Eschenbach has granted special approval for use of the drug for this purpose but you have personally decided “no”.

Help Andrew if you can - he says how in his post.

Quinn Swims From Angel Island (And It Wasn't Even On Fire)

Quinn Swims From Angel Island (And It Wasn't Even On Fire)

Our part-aquatic friends the Woodheads continue to make their mark in the chilly world of open water swimming. Here's eight-year-old Quinn finally coming up for air, a towel, and age-group winning honors after swimming from Angel Island (San Francisco Bay) to Tiburon. He's gearing up for more Alcatraz shenanigans next.

By Denise at October 13, 2008 No comments:
Email ThisBlogThis!Share to TwitterShare to FacebookShare to Pinterest

From All Facts and Opinions

Brian Ross of ABC News reports that investigator Stephen Branchflower determined that while Sarah and Todd Palin's desire to have their former brother-in-law fired was not the only reason for Walt Monegan's sacking, it was part of the justification for it, and that made the move unethical and illegal.

I have read the 263-page Branchflower report from start to finish. These are its major findings:

“The legislature reaffirms that each public officer holds office as a public trust, and any effort to benefit a personal or financial interest through official action is a violation of that trust.”

I find that, although Walt Monegan’s refusal to fire Trooper Michael Wooten was not the sole reason he was fired by Governor Sarah Palin, it was likely a contributing factor to his termination as Commissioner of Public Safety. In spite of that, Governor Palin’s firing of Commissioner Monegan was a proper and lawful exercise of her constitutional and statutory authority to hire and fire executive branch department heads.

Harbor Adjustment Service of Anchorage, and its owner Ms. Murleen Wilkes, handled Trooper Michael Wooten’s workers’ compensation claim properly and in the normal course of business like any other claim processed by Harbor Adjustment Service and Ms. Wilkes. Further, Trooper Wooten received all the workers’ compensation benefits to which he was entitled.

The Attorney General’s office has failed to substantially comply with my August 6, 2008, written request to Governor Sarah Palin for information about the case in the form of emails.

"Governor Palin knowingly permitted a situation to continue where impermissible pressure was placed on several subordinates in order to advance a personal agenda, to wit: To get Trooper Michael Wooten fired,'' according to the report issued today in Anchorage.

Even so, the report said Palin's firing in July of former state Public Safety Commissioner Walt Monegan, who had refused to fire Wooten, was a "proper and lawful exercise'' of her wide authority to fire department heads for any reason. Monegan contends the governor dismissed him for refusing to fire Wooten, who was involved in a divorce and custody battle with Palin's sister.

Violation of the ethics act could result in sanctions, such as a fine, by a state ethics board, lawmakers said.

Members of the Legislative Council voted 12-0 to release the report even though there wasn't agreement on the findings, lawmakers said.

"I don't think there is a consensus on the conclusions,'' said Representative Bill Stoltze.

What to do with teenagers when roller skating gets old? SkyZone!

As the mother of a teenage daughter, figuring out activities that give ME a break, are nearby, don't involve computers and cell phones...