Top 5 Reasons I Should Not Be Your Child's Godmother ;-D

Here's the scoop. In my outer circle, my friends are popping out babies faster than the Palin family. In my inner circle however, my girls are all deliriously happy indie artist single goddesses unburdened by the darling delight that is motherhood.

Many of those wonderful outer circle girlfriends are trying to carefully choose who should raise their children should something horrible befall them. Others are trying to figure out which potential godparents would give their rugrats the best gifts. While some may be competing for these prized godmother spots, I write this impassioned plea to let you know, my pregnant and soon to be pregnant friends, when it comes to godmotherhood I am not your woman.

I have 2 godchildren, one nephew and a cat. Add to that trying to still trying to raise 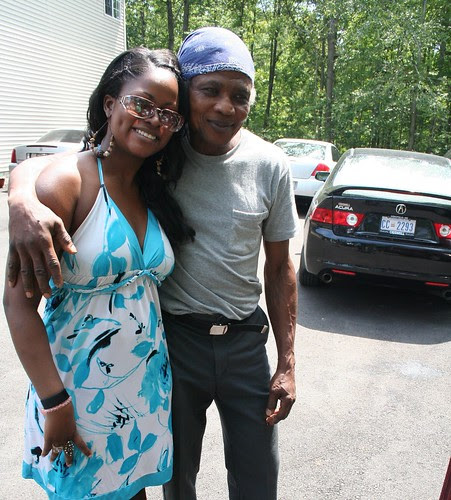 myself and my best friends and my hands are pretty full. I was blessed to have the best parents on the planet and then to add to my embarrassment of riches my Uncle Patrick and Aunt Ena ROCK as godparents. When I took off for LA to seek my fortune, telling my parents to kiss the back of the $300 jeans that they'd bought me, my Aunt Ena saw to it that the floor I was sleeping on was padded with a comfy mattress and silk sheets. And my Uncle Patrick was no slouch either. When I was that annoying brat in the first row of 2nd grade raising my hand before the questions were asked Uncle P kept me stocked in Highlights magazines so that I could be the chick lit writer I am today! Alas, my friends, this is too much to live up to. I am selfishly enjoying life too much to commit to helping you raise your children. Lest you doubt me in this area, I offer you this:

5) The Blooming Plants. I adore plants and greenery of any kind. I have been known to annoyingly remark during rainstorms, "well the trees need water too." When my EFH (Ex From Hell) aka SGF (Still Good Friend) and I decided to part ways (meaning he cheated on me with every cheap trick available) I was forced to leave my lovely houseplants. They all had special meaning to me and were gifts from people I cared for. Fine, I thought as I packed to move to an apartment with no window ledges, you keep the bloody plants. In my mind, the plants would miss my tender affection and all quickly drop dead, forcing EFH to realize that I was the glue that held the very threads of life together. Instead, when I returned a year later to collect the bulk of my things, I found a virtual greenhouse! The plants were flourishing like they never had when I watered them with PUR, fed them and even spoke to them. The plants were glad that I was gone. Imagine how your kids would feel if I was left in their care.

4) K & R. My current godchildren. Wonderful as they are I am embarrassed to say that I rarely see them. One mother tried to ply me to visit with guilt by saying that poor little R asked how come she only sees Auntie Abiola inside the TV. How did I deal with this? Did I pack up a bushel of toys and books and head over? No, I apologized and felt guilty for 5 whole minutes before reiterating Goddess Maxim Number 3 - Guilt is a Wasted Emotion. Then I met my inner circle girls for Tuesdays at Tilman's- a delightful feast of networking and debauchery in Manhattan. 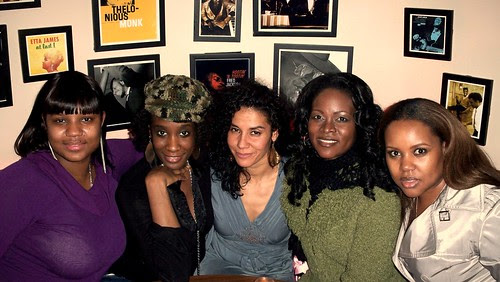 Whatareyougonnado? Let your child fall to this same fate? Not recommended.

3) Better Alternatives. If something were to happen to you, might I suggest a nunnery or that uncle you mentioned who lives in your basement?

2) The Pets. When I was a kid, I never took to the baby dolls. Instead I turned my toy refrigerator on the side to make a file cabinet and turned the toy stove into a pretend desk to write on. When I was bored with that, my refrigerator was Barbie's second townhouse. True story! The Abrams family did have pets from time to time. The two I remember the most are the dogs Rocky and Flirt. I can honestly swear on a stack of Bibles that I never ever had physical contact with either of these animals. I am embarrassed to add that 2 years ago when my sister was shocked by and opposed to me getting a cat, Flirt's name came up and I asked how was he. Flirt is a girl, my sister explained. Oh, I said. When I did get a cat my sister and cousin came over and threatened to rescue her if she showed any signs of neglect! Again, true story. 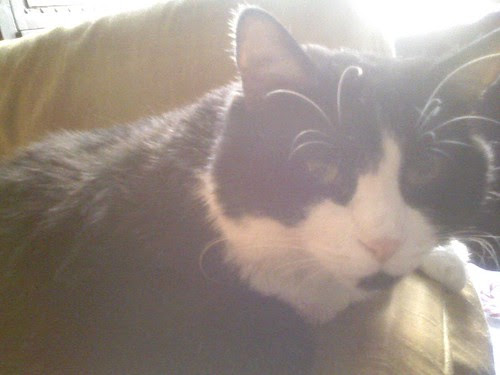 1) My Beloved Kitty Anabelle. My daughter Anabelle is the only child that I can contend with at the moment. She is loved, well fed, happily spoiled and cared for. (When I sit writing for 14 hours and forget to feed her, she reminds me ASAP.) I am leaving soon for Guyana Fashion week and luckily I have friends that remind me to find a sitter for her. Those friends unfortunately are also the same inner circle single childless friends who give me horrible cat mothering advice like put olive oil on Anabelle's back to make her clean herself better. (Don't ask. I'll share this one day.) Your kids don't need this. And besides, Anabelle doesn't really like children.

Think carefully about who you choose as a godmother. I may appear on the surface to be a great surrogate mom catch. However, if you take the time to look deeper I think you'll agree that there are others who are much more deserving of this honor. If some disaster were to befall you, I could be entrusted with your wardrobe, however.

"You've really gotten us into a mess this time, Ollie!"

Comparing Laurel and Hardy to McCain/Palin is a stretch, but if the financial mess we're in now doesn't focus the country's attention on the sorry state of affairs from eight years of insanity, then we deserve to crash.

The presidential campaign of '52 was the first I was old enough to remember, and it seemed so exciting and patriotic back then. We'd just come out of the war, the country was booming, and yes, there were problems, though they seem elementary compared to now. After listening to Stevenson and Eisenhower speak, I expected that the academic would easily beat out the old war horse. That was my first lesson in the short-sightedness of the American public. When I questioned my parents why Stevenson lost, my mom said, "He was too smart for the average American to understand." It didn't make much sense at the time. Unfortunately, she was right.

What does it take for your average American citizen to wake up to the fact that we've shot ourselves in both feet, at home and abroad? I traveled in Central Europe this summer, and was impressed by the sight of wind turbines twirling in swirling wheat fields. We are so terribly out of touch with what's going on in the rest of the world--all we see through the MSM lens is strictly US-centric. We've been salted down, wrapped in cotton wool, and isolated from reality.

Same thing when I lived in Australia for two years. There's so much more going on out there than Americans know. It was a relief to live a life in which American doom and gloom and rotten capitalism was reduced to an 11:30-midnight slot every night, and to have the choice to simply not watch. I learned about countries I'd never heard of before. Saw island nations strip mined by American megacorporations, the population decimated when the silt from runoff ruined the fishing economy. Watched the New Zealand Navy surround the French islands where Chirac conducted an underwater nuclear bomb test. Did this news ever make it to the US media? My guess is the O.J. fiasco pre-empted news of any value.

For all our bluster and misplaced pride, the US has slipped into a Third World existence where we have higher infant mortality than a couple of dozen countries. Our education system is abysmal. Le Monde and other overseas newspapers were solidly behind Obama this summer, and doubtless still are. Even the old standby, American Express Travelers Checks, were in bad odor. If Europeans would accept them, they charged an exhorbitant fee, telling us that by the time they got their money back from AmEx, the dollar would have devalued enough to justify the up to 50% fee.

I learned the hard way that when you finally leave an abuser for good, that's when they deliver the coup de gras. For the unpardonable offense of extricating yourself from a toxic relationship, the abuser seeks to get their last, hardest licks in. That's the one thing I fear for America. That the "October Surprise" will result in either martial law, another stolen election, or both.

It is so frustrating to see the rest of the world taking steps to strengthen their populace and economies, while our particular brand of capitalism only leads to an acute concentration of wealth in the hands of sociopaths, and the common wo/man is crushed beneath the wheel of greed.

OK, decomissioning the soapbox for a while. Please go vote. Hopefully for Obama, but if not, be prepared for a messy backlash.
Posted by kokopelliwoman at 2:32 PM 8 comments:

He was the voice of Snoopy. I hope heaven is enjoying a lot of laughter today.
Posted by Colette at 5:21 AM No comments:

With the Republican National Convention under way in St. Paul, MN, the time has come to look at the various political parties' platforms side by side. A great organization, eQualityGiving.org, exists to funnel donations to worthy GLBT-supporting candidates. The group rates candidates as either pro-equality, anti-equality, or "heartbreaker." The latter designation means the candidate or party supports some pro-equality planks but just can't work up the nerve to stand for marriage equality -- meaning they oppose full equality under law for gay, lesbian, bisexual, and transgender people. The eQualityGiving.org comparison shows that one party ranks as pro-, one ranks as anti-, and two end up as heartbreakers. Can you guess which is which?

The answers can be found by checking out these two easy to read tables:

1) Comparison of the 2008 Democratic and Republican Party Platforms
http://www.equalitygiving.org/Party-Platform

Sorry, Barack fans who are surprised and disappointed, but if you'd done your homework, you would have known already (and, by the by, Hillary is a heartbreaker too). But Obama is certainly better than the one angry and completely anti-GLBT candidate. Of course, there is one fully pro-GLBT candidate...